What is Therapeutic Coaching?

Therapeutic coaching is an approach to personal change that harnesses the different but complementary powers of coaching and psychotherapy in a single way of working. This brief piece explains how therapeutic coaching relates to its parent disciplines, describes how it works in practice, and indicates the kinds of people for whom, and circumstances in which, it is likely to be beneficial.

Coaching and Therapy - exploring the boundaries

The boundary between coaching and therapy lies in disputed territory. However, it is generally agreed that coaching is a largely future-orientated process that enables people to identify where they want to get to in their working and/or personal lives, why they want to get there, and how best to navigate a route to their destination(s). Coaches will generally pay much more attention than therapists to helping their clients to pin point their personal strengths, qualities and values. Once recognised, these can be cultivated and brought to bear on life’s opportunities and challenges.

Coaches also tend to place more emphasis, on a session-by-session basis, on working with their clients to identify specific steps that they can take towards their longer-term goals.  Coaches therefore expect their clients to be prepared to commit to making changes from early in the process, and this requires a firm-enough foundation of psychological wellbeing and resilience.

It is harder to generalise about therapy, because there are greater variations in how it is practised. However, there is broad agreement that therapy is essentially concerned with relieving distress – healing emotional wounds, resolving inner conflicts, changing unhelpful habits of thought and behaviour, fashioning new narratives, and thereby enabling people to live without chronic or acute psychological pain.

As with the account of coaching above, this is a simplification of a complex field; for example, some people (including therapy trainees) might seek therapy in order to learn and grow rather than to alleviate unhappiness.  Some of the more solution-orientated forms of therapy are in some ways closer in spirit to coaching. However, the basic purpose of therapy is indicated by the fact that the word itself derives from the Ancient Greek therapeuein, meaning ‘to minister to, to treat medically,’ and therapeia, meaning ‘healing.’

What coaching and (most) therapy have in common is a belief in each person’s ability, given the right circumstances, to live a constructive life and to continue developing across the lifespan. Coaching also shares with some therapies – in particular the existential-humanistic ones – a belief that each client is the expert on their own experience, and that the practitioner’s role is not to interpret, or educate, or advise, or nudge, but to facilitate awareness. This awareness is the foundation of responsible, constructive living. Increasingly, coaches are coming to recognise the point made most eloquently by the American psychologist Carl Rogers that the practitioner’s primary task is to create and curate a certain type of relationship, rather than to apply one or another set of techniques.

In the last couple of decades, more and more therapists have come to appreciate the value of adopting a coaching mindset at times, in order to avoid what can sometimes happen in therapy: week after week, month after month of visiting present and past unhappiness, raking through the dead leaves in search of something – an insight, a memory, a moment of emotional release – that will loose the chains of anguish. More recently, an increasing number of coaches have come to recognise that whilst coaching can sometimes achieve significant and lasting change, for some clients this is not the case, and changes can be less than fully weatherproof if not built on sturdy foundations of personal awareness of the kind that therapy can provide.

This is where therapeutic coaching comes in. It is coaching rather than therapy, being predominantly present- and future-orientated, with an emphasis on nurturing strengths and values in shaping a working or personal life that is fuller than the current one. It is nonetheless like therapy in furnishing a space for deeper exploration of the self than is generally found in coaching. Where necessary, this might involve exploring the past, looking at how our developmental years can create unconscious templates that shape how we habitually think, feel, behave and relate to others (and, importantly, to ourselves). It might also involve revisiting difficult experiences, in a way that is unsettling and perhaps upsetting. However, as Carl Jung suggested, in sorting through the cupboards and drawers of the past, we sometimes come across precious and long-forgotten (or perhaps never-acknowledged) parts of ourselves that can enrich the remainder of our lives.

Therapeutic coaching remains different from therapy itself, in that the primary aim of this deeper exploration is not to relieve distress and heal wounds, but to inform the project of actively crafting a more fulfilling life and committing to change. It is therefore not suitable for people who are experiencing persistent distress and/or finding it difficult to function on a day-to-day basis. In such cases, initially at least, therapy is likely to be a better option. Nor is therapeutic coaching a good fit for those whose main aim is to select a destination and map the most fuel-efficient route; for these people, a more conventional form of coaching would be suitable.

So who is this approach for? I think therapeutic coaching is particularly fitting for those who are experiencing a measure of disquiet, and for those who, whether by choice or happenstance, find themselves at a point of transition, with the destination, and perhaps also the direction of travel, undecided. This might relate specifically to work, to a particular aspect of life or to life in general. But therapeutic coaching is also of value to those who have a sense that, though they are alright and life is far from insufferable, there is a further configuration to be realised, with more to give, more to receive, more to discover, more to share. The spirit of therapeutic coaching can perhaps best be summed up in a question: “What will bring you more fully to life?”

David came to coaching from a background as a counsellor/psychotherapist and trainer of therapists in a Higher Education setting, where he also designed and led an undergraduate programme in counselling, coaching and mentoring.  His main interest as a practitioner and trainer is integrating therapy and coaching, enabling others to develop through the cross-fertilisation of ideas and skills.  Aside from his training and client work, David is undertaking doctoral research at Oxford Brookes on the topic of professional conscience in coaching and coach-supervision. 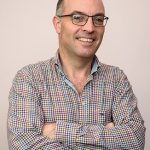 ← What’s in a name? Peter Lumley reflects on the name “Coaching.”ICW 2022 programme →
Scroll To Top