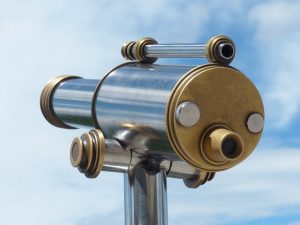 To give a flavour of the kind of work local coaches do to support their local communities, Coaching York carried out a snap-shot survey of its members in April.

Around 20 coaches were kind enough to reply, showcasing the breadth of organisations coaches support, the range of issues they engage with, and examples of the impact they deliver. We were also impressed with the generosity of our coaches. Whilst we ask members to gift ten hours of their time to charitable and community groups, many give far more than this including some who give over 20 hours a year of their valuable professional expertise.

The wide range of organisations who have benefitted include those working with groups of different ages – young and old – groups that often experience significant disadvantages such as disabled people, those with mental health challenges and refugees, and giving people whose work is often undervalued such as trustees and carers. Other coaches have worked with people looking to move forward or find direction in life – veterans and armed forces personnel, people navigating complex relationship situations – and people looking to maximise their skills in the arts or to refocus their individual business ventures which have been inspired by the desire to deliver social value .

Every coach has their own stories to describe the difference they make. Some of these are very personal to the individual and show the skill and creativity needed to deliver coaching well, such as the coach who described the “amazing transformation” of a client who wrote a letter from their “future self” to describe a daunting life situation they were facing. But other examples show how coaching interfaces with other professions or achieves a wider community impact. One coach referred to the time spent with an A level student who had complex problems at home and was going to give up 6th form. After coaching the student stayed on and achieved four A level passes. Another described work with a military veteran who had suffered physical and mental injuries and had previously worked with a number of psychologists and counsellors. Coaching provided an opportunity for a signifiant “lightbulb moment” which energised the client to be able to move forward in a new and dynamic way. Another coach described supporting someone who was feeling ‘stuck’ to identify and access a variety of other local services to help them make sustainable progress in their life stage.

We will continue to share examples of how we demonstrate our intention to be a community of coaches serving our communities. If you know of a charitable or voluntary organisation that could benefit from coaching, please get in touch.

The Spirit of International Coaching Week